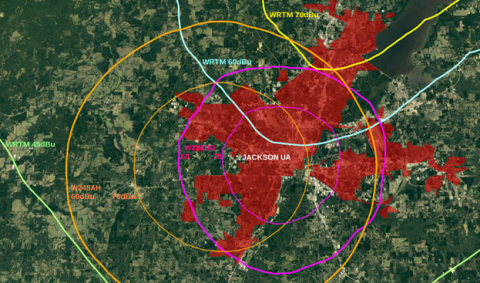 REC Networks has filed comments in RM-11858, the Petition for Rulemaking originated by “Broadcasters for Local Program Origination” (BLPO).  Riding on the coattails of the recent Petition filed by GeoBroadcast Systems (RM-11854) that requested that the FCC allow FM booster stations to provide a small amount of local origination, such as advertising, local weather, news and traffic; BLPO has requested that FM translators:

Be able to break off of their primary stations to provide separate programming and use special call signs with an “-FX” suffix.

Translators would only have to broadcast 40 hours of “translated” programming per week from the primary station.

In addition, BLPO is requesting that commercial FM broadcast stations be permitted to extend commonly owned or financed translators outside of the primary station’s service contour (60/57/54 dBu) to 45 dBu.

In Comments REC stated that the local origination aspect of the Petition creates a new “commercial LPFM” service and therefore should be subject to the many LPFM specific restrictions of the Local Community Radio Act of 2010.  REC has historically opposed the concept of a commercial LPFM radio service.

REC also notes various administrative issues with the local origination concept including who takes on the responsibility for the locally originated content, whether that falls on the translator licensee or the primary station licensee.  REC notes that this Petition seems to assume that translators are commonly owned by their primary stations.

REC notes that the Petition does not even address how EAS will be handled in a local origination situation, dovetailing back to the question of licensee liability when a non commonly-owned translator is involved.    REC notes that the proposed service, right down to the call signs resemble the Low Power TV (LPTV) service in many ways.  The LPFM service, which, one of the original petitioners was an LPTV speculator, mimics the LPTV service in many ways (sans commercials and the ability to also act as a translator).

REC then addresses the “wolf in sheep’s clothing” of this Petition, the little talked about request to allow a translator to operate under the fill-in rules all the way out to the 45 dBu contour of the primary station.  Translators that operate as fill-in stations:

REC calls the 45 dBu outer contour an attempt to bastardize the concept of “fill-in” translators by permitting them to become “fill-out”.  Under this Petition, rural and “rim shot” FM stations that are located mostly outside of an urbanized area, especially due to the Rural Radio decision of 2011 will now be able to put a translator deep inside an urbanized area without any ownership restrictions.  The 2011 Rural Radio and previous decisions called for additional scrutiny to be placed on station relocations where at least 50% of the community coverage (70 dBu) contour falls into a Census Bureau designated urbanized area.  To demonstrate how this works, REC showed an example using WRTM-FM, Sharon, MS, one of the test cases in SSR’s Communications attempt to create a new C4 service class.  It shows how one of three FM translators in the Jackson, MS area can be purchased and turned into a translator that would put a city grade signal into Jackson, even though the primary station’s community contour overlaps the Jackson urbanized area by well under 50 percent.  Finally, REC states that the "40 hour rule" is unenforcable as there is no true way that a translator can show compliance and the past compliance history of some translator licensees.

REC also notes that the proposal will reduce future LPFM opportunities and cause existing LPFMs to be placed into “box-in” situations through §73.807(c) tier increases, even if the translator upgrade involves a directional antenna and does not increase radiation towards the LPFM.  REC, again, points out the disparity in the rules regarding LPFM and FM translator protections and continues to demand a level playing field between the two services.

REC also notes that the proposal will result in increased interference towards FM broadcast facilities of all types (full-service, LPFM and other translators).  This will result in more interference complaints being filed thus requiring a new financial burden on existing stations, especially those LPFM, translator and even small commercial stations with limited resources to have to hire an attorney and a consultant/engineer with access to $10K+ software in order to prepare an interference package.

REC sums it up by stating that it was unable to find anything in the Petition that is truly in the public interest and for that reason, REC Networks opposed it in whole.  REC was joined in this filing by Tom Vorhees, a transmitter site engineer with over 50 years of experience.

A copy of REC's comments may be retrieved at the following URL:
https://recnet.net/fcc/RM-11858_comments.pdf